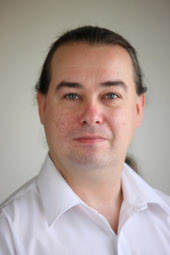 Alexander Hanysz enjoys a diverse career embracing many facets of the pianist’s art—soloist, accompanist for singers and instrumentalists, chamber musician, repetiteur and orchestral pianist. He has performed throughout Australia, and recorded for ABC Classic FM and for MBS radio in several states. He has also appeared as soloist and chamber musician in the UK.

In Adelaide, Alexander has collaborated in concert with artists such as Thomas Edmonds, Elizabeth Campbell and Nicholas Milton, and was a repetiteur for Wagner’s Ring cycle in 2004. He has a keen interest in contemporary music: he gave the South Australian premiere of John Adams’ piano concerto with the Adelaide Art Orchestra, and has given world premieres of new works by Australian composers. His two piano arrangement of Carl Vine’s piano concerto was published by Faber Music.

Alexander graduated with honours from the Flinders Street School of Music, and has participated in masterclasses with Jeremy Menuhin, Roy Howat and Michael Kieran Harvey. An Adelaide University medallist, his numerous prizes also include the Edith Leigh Piano Prize (Cambridge), the Geoffrey Parsons Award at the Barossa International Festival, and the Adelaide Eisteddfod concerto prize. He has twice appeared as a finalist in the Australian National Piano Award.